Recently I had the pleasure of discussing the art and business of writing with Gerald Dean Rice, a prolific writer from Michigan who has a number of novels and anthologies available on Amazon.

Sometime when I was a child. I wrote a story when I was in second grade about two witches and I think I tried to write a "Ghostbusters" story back in eighth grade. I didn’t really start writing until high school when I penned a bunch of really one-dimensional horror stories that were more weird than anything else.

Was anyone else in your family interested in writing?

I’d like to think my mother was a writer, though if she ever wrote anything she never shared it with anyone. 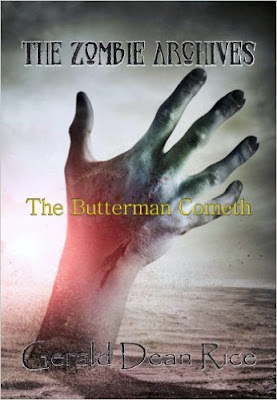 I notice that among your books you write about vampires and zombies. What is your favorite subject between the two? Which do you find easier to write?

Zombies. Definitely. I want to write more about vampires and I have an idea I think is pretty cool, but I have several zombie stories ahead of it.

You seem to publish primarily on Kindle. Which format (Kindle or paperback) do you prefer and why?

I don’t have a preference, per se, but Kindle is a lot more convenient. I can write a story, get a cover made and upload the whole she-bang in a week. 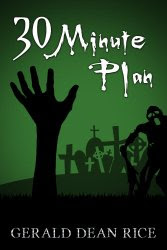 You're very prolific. Your Amazon page shows a lot of books, primarily horror, but with a lot of variety in plot. Have you ever had a problem with writer's block and if so, what have you done to clear it up? 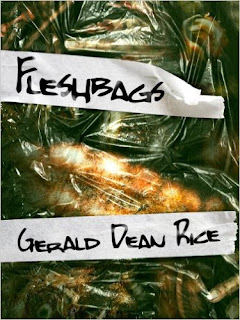 I’ve had writer’s block exactly once. About ten years ago I was let go from my job and the stress was so intense that I couldn’t write a word. I fell asleep every day at about 7 o’clock.


Have you ever run across that one project that you just can't finish for whatever reason? Or perhaps you had to really force yourself to finish because one thing wasn't working but you liked the concept in general?

I have a novelette I started two years ago, finished last year, but for some reason it just isn’t ready to be published. I don’t know what’s keeping me from pulling the trigger on it, but I just can’t.

Do you need inspiration to write or can you simply sit down and begin to write?

Both. I can push myself into an idea, but most times something just hits my fancy the right way and I note it. 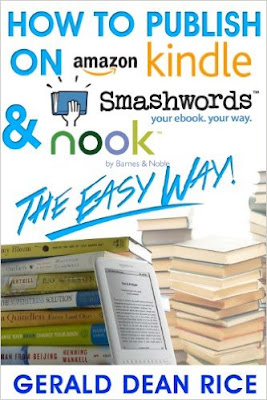 You actually wrote a book about self publishing. What sort of feedback have you gotten from authors following your advice?

I actually have done workshops on self-publishing. Authors have been pretty receptive. Quite a few didn’t know about Smashwords or the free promotions Amazon offers for exclusivity. I ran into a woman who came to one of my workshops and she was asking when I would be doing another.

The business end of writing and what it takes to market a book (and ones self) can be quite an eye opener for those starting out. What do you feel is the most important thing for people to keep in mind when starting out?

Don’t be discouraged and don’t expect to sell books (right away).

Would you ever work on a project outside of the genres you feel comfortable with?

Actually, I’m looking forward to doing that. I have a couple sci-fi ideas I’m kicking around in my head. 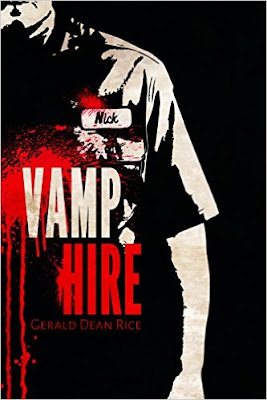 Which of your books would you most like to see made into a movie?

Hmm. Probably Vamp-Hire. My heroes aren’t typically ‘hero-ey’ so they wouldn’t all have that big-screen appeal. Nick is a loser’s loser at the beginning of the story and has a huge upswing by the end.

You have a few short story anthologies out. Which are you more comfortable writing, short stories or full novels?

I’m comfortable with either, really. Short stories are a pleasure because they’re easier to write. Fewer working parts and the pay-off is a lot more immediate and can sometimes be more powerful because the best ones stick to the reader. 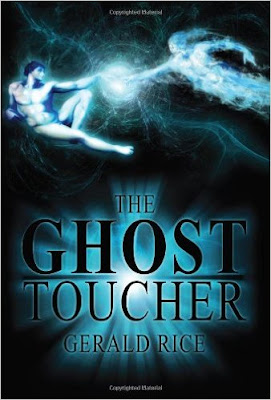 I'm sure you love all your books, but which gave you the most satisfaction after completion?

The Ghost Toucher. I had never learned to plot and whenever I tried to work on a novel I’d write myself into a corner and quit. I just picked up a notebook one day and took about two weeks to write a plot—probably not in any proper manner, but in a way I understood—and used that as the skeleton to write the book.

On a second or third read, did you ever come across a subtext that you hadn't realized was there before?

I have a bad memory. I probably have and just don’t recall. I have thought of new directions for a continuing story to go on second and third reads. 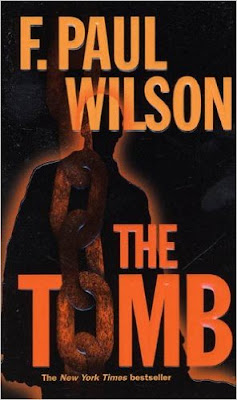 What authors have inspired you early in your career and now?

Easy. F. Paul Wilson and Stephen King. I learned the basis for my writing style from Wilson and King is King. I saw "Creepshow" when I was in kindergarten and the first adult book I read was Eyes of the Dragon back when I was in seventh grade.

You seem to write primarily in the horror genre. What is it about that genre that attracts you?

Early exposure. Sure, I might have watched a lot through my fingers, but I was watching horror. Regular life is boring; I absolutely couldn’t write that and have nothing but respect for those who do.

When you come up with a plot is it born from your own fears or from a simple attempt to figure out what might give people the chills?

Both. I want people to freak out reading my stories but it’s also cathartic to put something that bothers me on paper and give it to the world.

The debate of which being more important, character or plot, comes up occasionally. I find that clichéd characters can ruin even the best story, but strong, interesting characters can often save a poor story. Where do you stand on the issue of which is more important (provided you think the importance of one outweighs that of the other)?

I think a plot, no matter how strong, is dead on the table without strong, supporting characters. Take The Ruins, for example. I thought the idea was awesome (saw the movie, not the book). I hated the characters, though and couldn’t care less when each of them died. I was actually rooting for the locals to kill them.

What's up next for you?

I’m about to start redrafting a zombie story with Santa Claus. Well, not Santa Claus, but a Santa. Then I’m either going to write a revenge ghost story or a novel describing the daily lives of Jason Voorhees/Freddy Krueger type mass killers. If that goes as well as I’d like it should be a series.

Where can people find out more about your work?

You can always find me on Twitter @Geraldrice, my websites www.razorlinepress.com and www.geralddeanrice.com, or my Facebook fan page. You can also visit my Amazon page www.amazon.com/Gerald-Dean-Rice/e/B0043GCYOM/ref=ntt_dp_epwbk_0