A Chat with JD Atkin, Author of Divine Nature 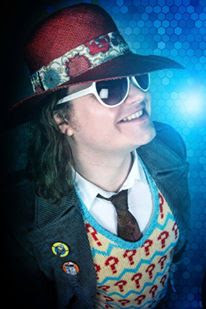 From time to time I like to post interviews with other writers to get an idea of the writing game from other people's perspectives. Today I'd like to introduce you to J.D. Atkin, a writer from Nottingham, England, who recently wrote a novel, Divine Nature that he's trying to get published and he's using an interesting promotional method to do it. More on that toward the end of the interview.

When did the writing bug hit you?

I have always been an avid reader and have dabbled in word bothering since I was a child. I suppose the 'bug' got me proper a few years back, when I started work on my magnum opus which is a still an on going project, a tale without end. 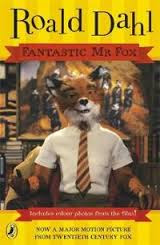 Do you have any authors or works that inspired you?

My earliest influence was definitely Roald Dahl. The worlds he created are without compare. From there I was utterly enthralled by Douglas Adams and then Terry Pratchett and finally Robert Rankin.

Have you published before?

I haven't published before, no. I am excited to get the ball rolling with Divine Nature.

What genre do you feel more comfortable writing in?

Initially I started writing non-fiction, I have an utter fascination for almost everything. I began writing an encyclopedia but kept making things up. From there I settled reluctantly into science fiction, the genre allows for such creativity and encompasses almost any topic.

Would you ever try anything again outside that genre?

Oh absolutely! I include both comedy and horror in my work but would love to expand on one of those. I'd also love to write tales from history; the story of Bela Kiss the Hungarian serial killer is fascinating as are my grandfather's tales of his youth, though I suspect they are greatly exaggerated... 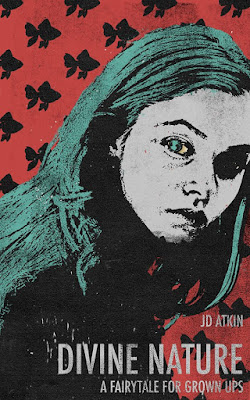 What is the plot of your novel Divine Nature?

Divine Nature follows the character Meris, a girl of sorts blessed with strange powers at the end of the world. She is trapped within the ruins of a vast, labyrinthine laboratory called The Institute that is the focal point of a civil war between science and atheism and is fighting to avoid both sides.
Along the way she encounters a whole host of hooligans, robots, an unspeakable horror and many, many fish.

Is the novel part of a series?

It isn't, I generally like to write single stories though I am working on a novel that may eventually have to become a series.

What if anything inspired the novel?

As cliché as it sounds, it came to me in a dream. I saw a war between two gangs in the remains of a huge warehouse filled with fish tanks. Meris then was just a nameless girl that kept disappearing into the water and was guarded by a gigantic, robotic Cyclops.

Directly I suppose the city of Rapture from the "Bioshock" series had a influence in as far as the style of the decor within the Institute goes.

Do you have a particular writing routine that you stick to? Perhaps you write at night, or you outline the book etc.?

I am rather hectic and ad hoc in my writing but I certainly find Pringles and red wine helps the process...

Were other members of your family interested in writing?

Not really though the mother did want to write a story about her experiences with our insane Labrador. Sadly Marley and Me came out first though I'd argue Sam was a much heavier handful...

Have you ever written anything that, once you were done, sort of took you by surprise? For example, as you were writing you didn’t realize there was a subtext there that you caught later.

Occasionally yes. I generally start out with a fun and light idea but then the subtext becomes quite dark. The fight against the idea of God was something I hadn't planned when writing Divine Nature but it slowly grew as people read the original version and pointed it out.

What are some of the books considered classic that you like?

It has to be Frankenstein, an absolute beauty of a book and definitely goes alongside Divine Nature. The work of Dickens always fascinates me and of course Tolkien, everyone loves Tolkien.

A lot of writers get in the mood to write with music. Do you have any favorite music that inspires you or that you listen to while you write?

Remarkably I find Daftpunk to be the best music to write to. That and classical, especially Debussy. Anything without lyrics really, I am very easily distracted. 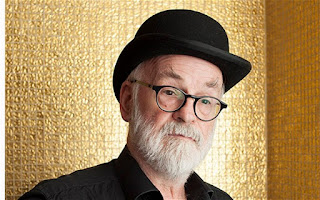 What author (alive or dead) would you like to meet?


Douglas Adams, without hesitation.
Closely followed by Sir Terry Pratchett.
Alive, well that would have to be Robert Rankin though Operation Best Friend is still in progress...

Have you seen a marked difference in your writing since you started? Not necessarily in quality but perhaps direction? Do you perhaps approach it differently than you once did?

I compromise more. My actual writing style is incredibly hectic and is overly chatty and tangential. My early work is quite difficult to read as I write for myself so have a lot of obscure references. My much put upon girlfriend is a ruthless editor so has helped me to write for humans...

What hobbies do you have?

Heavy drinking mostly, for my sins.

What are some of your favorite TV shows and Movies (and have any helped inspire your writing)?

As nerdy as it is I utterly love "Doctor Who". The fact that every episode can be anywhere, anywhen and can feature anything just captures me. I was a young teen when the series was revived and something about the Doctor's character really spoke to me.

I have a few plots for 'Who novels tucked away, it would be an honour to write for the programme or contribute to the mythos in some way.

Movie wise, how good is the "Big Lebowski"? That is a brilliant film.

Explain your involvement with Britain's Next Bestseller? I find the idea interesting: It's not a Go Fund Me organization but definitely one in which the author has to drum up a fair amount of support to gain a book contract.

BNBS is essentially a pitching platform for new authors to speak to their audience and prove there is a market for their book. As long as the orders are there Live it, through BNBS will publish, market and take it forwards. It is a refreshing break from the dull lottery that is dealing with publishers. If the publisher is having a bad day, boom that's your book denied. With BNBS you can prove yourself without relying on the mood and tastes of a complete a stranger.

So it isn't exactly like self publishing either since, if the book is accepted you have more of support system for marketing. What do people need to do to preorder the book?

To support Divine Nature all you need to do is go to the site, register and the hit Preorder. It costs you nothing up front and the money is only taken on the 30th of October and only then if I get 250 or more.

Preordering Divine Nature has been proven to make you happy, more than a little bit sexy and has been reported to sporadically imbue superpowers...

Your book hasn’t been published yet but it’s well on the way. At this point do you have any advice, words of wisdom, suggestions for other up and coming and authors? Also, was there anything that surprised you (positively and negatively) about the writing game once you were immersed in it?

Words of wisdom huh? In general I'd go with my late grandfather's motto of, 'Why be awkward, with a little more effort you could be ruddy intolerable.'

As for authors I would say just go for it. You have a book or many inside of you and it needs writing. Worry not what other people may think of your work, you are writing for you, not them.

As for what I have learned? Well initially raising orders for a book is hard. 250 is a surprisingly large number. It is rewarding though and surprisingly fun.

Your supporters will surprise you though. People who you haven't heard from in years pop up in support of you which is really nice.

Any links people can use to find information on you and your work?

You can find me on Facebook as JD Atkin: Word Botherer. As soon as I cease being a luddite I shall also be on Twitter. And of course if you want to check out Divine Nature then click the link to Britain's Next Bestseller.


As JD has implied, the publishing industry can be a difficult thing where new voices aren't given a chance unless they can guarantee Fifty Shades of Grey sales. Self publishing, however, often leaves an author alone in marketing hell to really get word of their book out there. This seems like a good compromise that could be beneficial for both author and publisher. Let's support JD's publishing efforts with some preorders.

Posted by Laura L. Enright at 8:20 AM No comments: