The Cover of My Book

Pretty exciting news! I now have not only a book cover for To Touch the Sun but a release date. Feb. 25 is when the book will be available on Amazon and in stores. And here is the book cover:

As you can imagine, it's pretty exciting to see the actual cover. This book has truly been a labor of love. I wrote it simply to try to get an agent and I ended up falling in love with the characters and the setting. I think that's why it's so special. It came out of no where in a way. For five years I looked for an agent or publisher, writing three more books in the series in the meantime and a spin off featuring two characters from book number three. To finally find a publisher in Dagda Publishing was especially joyous. To finally see the book taking shape is even more so. I hope everyone enjoys reading it as much as I enjoyed writing it.

The Contract Has Been Signed 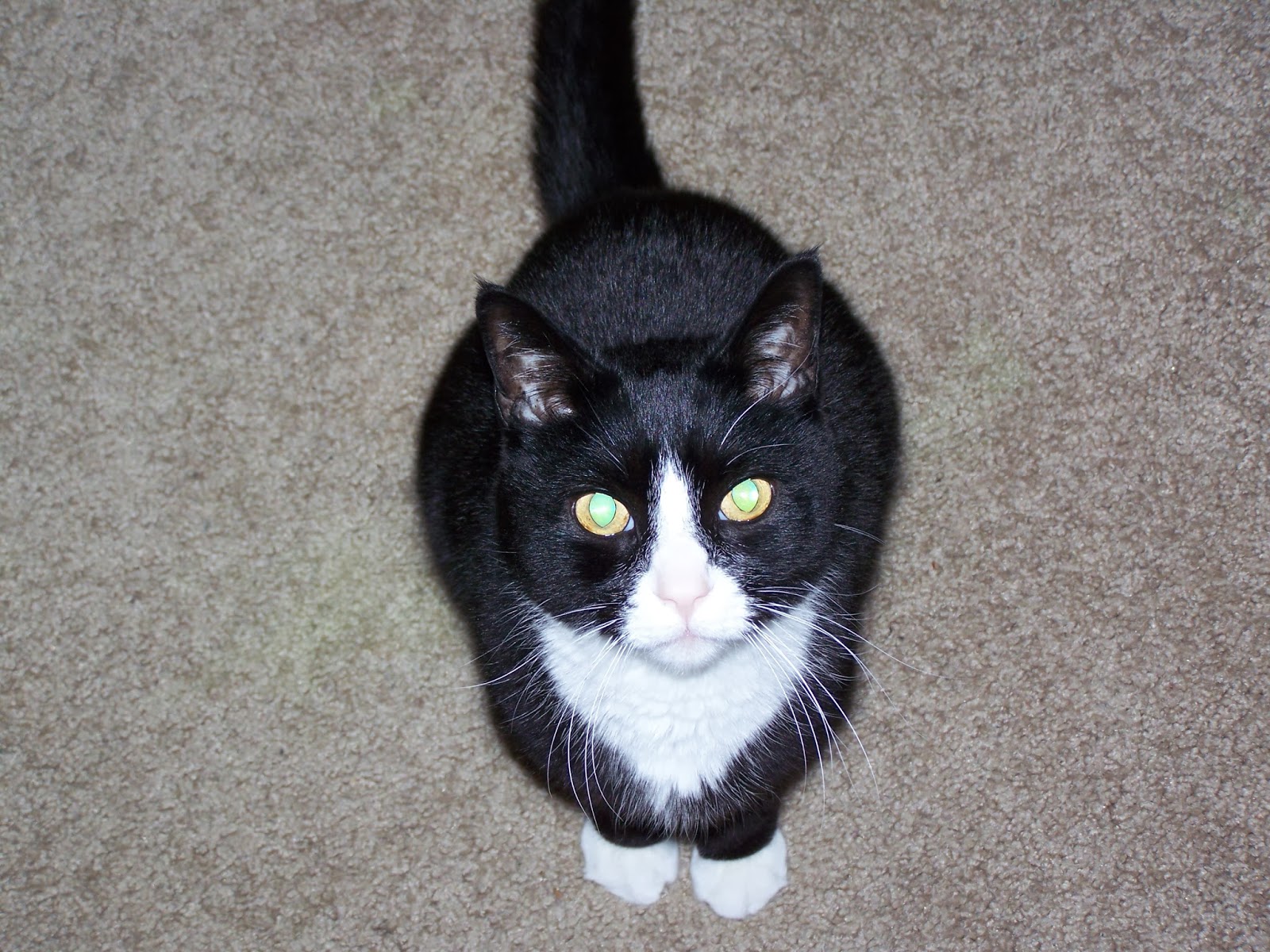 Attention people of Earth! My name is Oliver T. Kitty. After several years of searching, Laura L. Enright, the person who I’ve allowed to believe is my owner, has finally signed a contract for the publication of her vampire novel To Touch the Sun.

Narain Khan was 25 when he left his native India to fight in the trenches of the Western Front during WWI. It was his hope that he could stay on after the war to pursue his dream of studying the culinary arts and becoming a world class chef. Instead, he fell to shrapnel amidst the carnage of that bitter war. Carnage which, when darkness fell, attracted something terrifying: A roaming pack of feral vampires--mindless feeders--who fell upon the soldiers left wounded and dying in No Man’s Land. Attacked by the ferals, Narain was transformed into the other type of vampire: A sentient capable of moving about in society with only a few restrictions and able to feed without killing the host. While in the fugue state of his conversion, he was found by Alphonse Reno, a man who had lost his own son to feral vampirism and who is sure the condition is biological, not metaphysical. Working to find a cure in hopes of bringing back his son, Alphonse convinces Narain that, unlike ferals, he could lead a relatively normal life.

Narain has reached a crossroads. Helping him adjust to his condition through the decades was his beloved Sophie who was  not only his wife, but his food source once they realize she wasn’t susceptible to the condition. Her sacrifice enabled him to lead as normal a life as possible, making hunting for food unnecessary. Cancer had taken Sophie the previous year and after the stock of blood she had saved up has been depleted, Narain is faced with again having to hunt for his food, something he is both morally opposed to, but also causes him to fear passing on the condition to unwitting, perhaps dangerous hosts. If left too long, however, hunger can bring out the deadly feral nature even in a sentient vampire. As a well-respected chef and owner of a successful Chicago restaurant, Narain has worked hard to promote a veneer of normalcy. The last thing he and his business partner and friend Dom Amato needs is for Narain's hunger to get the better of him.

Events conspire, however, to drag Narain away from the safe life he has cultivated back into one of madness and danger: The attraction he feels for microbiologist Cassie Lambert, who has a link to his past Narain is unaware of, and the re-emergence of a ghost from the Great War. Captain Reginald Jameson was a sadistic predator when Narain had challenged him during their service in the trenches of France. The vampire Jameson of 90 years later is infinitely more dangerous, his sadism backed by the bizarre abilities of their condition. The discovery that Cassie Lambert has made about the cause of vampirism is one that Jameson is willing to kill to obtain.

Jameson has brought back another ghost from their shared history in his search to find immunity to sunlight. The experiments of his researchers, however, have resulted in the creation of a third, more terrifying breed of vampire: Boris, a psychopathic monster who will stop at nothing to destroy all in his path.

In trying to protect Cassie from Jameson and Boris, Narain will have to rely on skills that he’s allowed to atrophy over the decades. In a climatic struggle, Narain will have to learn that to defeat the real monsters, he has to embrace what he is and awaken the beast within. And to touch the sun, he will have to risk being burned up in its fury.

As you can imagine, Laura is pretty excited and the only reason she isn't personally making this announcement is because she's too busy jumping for joy to sit down and do so. She's making quite a spectacle of herself too--Watch it human! That's a lamp!


And she scolds me when I knock a cup off the table.

Anyway, thankfully I have all her passcodes so I can make the announcement she should be making. A cat’s work is never done.

To Touch the Sun, the first in a series, is due out in February from Dagda Publishing, an establishment I will make sure is treated well after my species takes over the Earth (or have we already done so?). For information on the novel, plot, characters, publication status, etc., you can visit the blog The Sentient/Feral Vampire Series at enrightvampires.blogspot.com. Or you can visit her webpage at laura-enright.com which has information on how wonderful she is.

More importantly, there’s a photo of me on it. Perhaps I should start my own webpage.

Or you can visit one of her other blogs such as Take a Look/Have a Listen or Literally Laura, which you’re visiting now. She’ll sprinkle those blogs liberally with news of publication status.

Provided I can get her off the ceiling that she’s been dancing on since signing that contract.

And she gets annoyed when I climb on the drapery rods.

I now release you to your regularly scheduled lives and suggest that when you’re not reading To Touch the Sun, you prepare for the coming Catpocolypse. We will be firm leaders, but fair.


And remember, we're watching you. 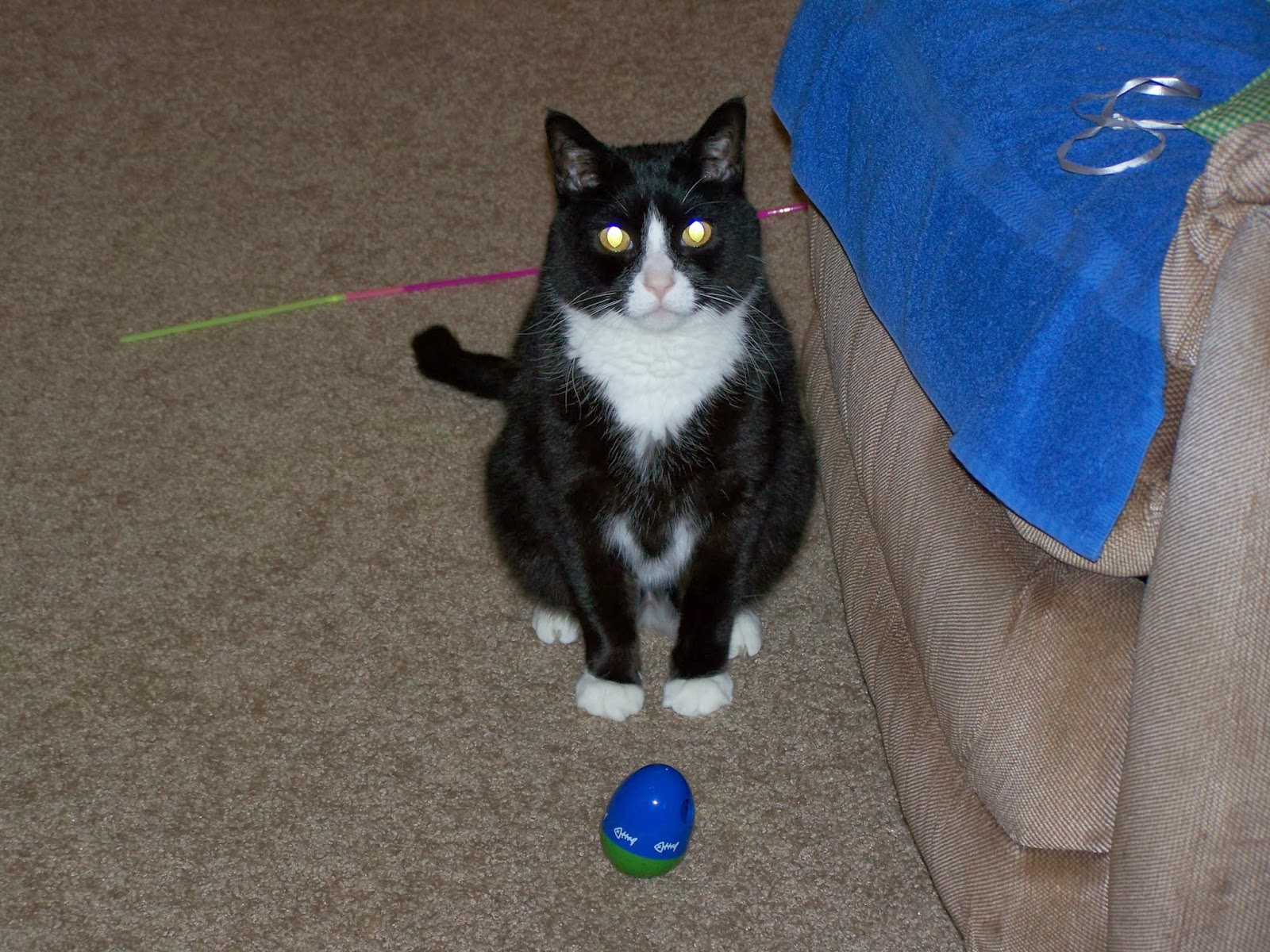 Posted by Laura L. Enright at 8:01 PM No comments: