On this blog I try not to get too preachy about the craft of writing. It seems presumptuous to me since the success or failure of a piece really lies in the mind of the reader. As a reader myself I’ve run across styles that other people enjoy which I find irritating (the increasing popularity of present tense style, for example).

I would like to comment, however, on something I find troubling mainly because it’s occurred again in a book I’ve recently read.

For the online book club that I moderate, Pioneer Page Turners, I recently chose the book The Wolf Gift by Anne Rice for discussion on live chat. I was a fan of Rice’s vampire fiction and her The Mummy or Ramses the Damned and I thought it would be interesting to see her take on the werewolf legend. It turned out to be neither interesting nor enjoyable but that can be a future post. 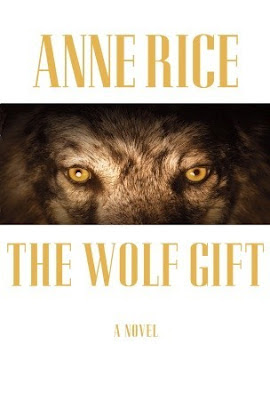 One of the issues I will address however is what I consider Rice’s difficulty with appreciating the age of her younger characters.

Now again this could simply be my observation but as I read the dialogue in the book it came off not so much as age appropriate to the character but rather as dialogue that a 70 year old person might speak which, of course, is what Anne is.

The character of Reuben Golding, for example, the young man who receives the “wolf gift” of transformation is 23 years old yet you wouldn’t know it from the dialogue. Now to be fair there does exist in the world precocious people; people who carry themselves older than their years. The character is from a wealthy family who has somehow managed to acquire a master’s degree in English by such a young age and to get a job as a well-respected reporter whose already covered a few big murder stories despite being on the job only several months. He’s fascinated by philosophy, old literature and classic architecture so would conceivably sku older than his years.

But he’s only 23. And where once 23 year olds were quoting old poetry and philosophy and were expected to be moving on with their own lives by the time they graduated, we live in a world now we’re 23 year olds are still considered children. Parents continue paying their way—education, health insurance, car insurance, etc., then complain about continuing to pay for them. Rice writes in almost desperate detail about the incredible computer set-up Reuben obtains for his new home, yet rarely is Reuben described as texting or taking part in any form of social media (walk down the street and see how many 20 year olds have their eyes glued to their phones, their thumbs working feverishly over the tiny key pad). Add to this the fact that prior to the attack by the werewolf Reuben lived at home with his parents, his mom refers to him still as “Baby Boy” and his brother refers to him as “Little Boy.” I’m gonna guess there would have been a touch more infantilizing here then the story and dialogue would suggest. Yet somehow we’re to believe that when he inherits a mansion by curious means (he leads a charmed life) he would have the fore sight to understand all the legal and social ramifications of owning a mansion. As the tale goes on, the reader would think that this 23 year old had lived alone in a mansion for decades, so comfortable is he.

Another character in the story is a youth who Reuben, in his wolfen form, saved from being beaten to death. Now Rice has set up Stuart’s precociousness even better than Rebuen’s. Stuart is 16 years old and managed to graduate high school two years early, is attending college and living on his own (away from his messed up mother and an abusive step father). He is portrayed as a genius and it seems fairly obvious that he’s also seen some things in his young life so one could understand him grasping concepts that most 16 year olds wouldn’t.

What threw me, however, were a few references he made. First there was Stuart’s use of the adage “Fools rush in where angels fear to tread.” I heard that when I was a kid…Four decades ago! I can count on the fingers of one hand the amount of times I’ve heard it this past decade. It’s a great saying, but one rarely used so how likely is a 16 year old to hear the saying enough times so that it becomes a normal part of his lexicon?

Quibbling? Perhaps. Stuart also has a hero he wants to emulate. Clarence Darrow. 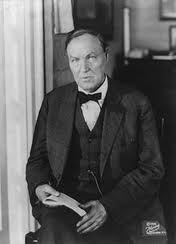 Now admittedly Darrow was a skilled lawyer and a fascinating character—Who died in 1938! Again, I can count on the fingers of one hand the amount of times I’ve heard of this man’s name used as a cultural reference the past few decades. That is a sad fact. As is the fact that he wasn’t a part of any school subject’s curriculum when I was a kid. I doubt four decades later he’d make the list.

I once did a series of high school talks on my book Chicago’s Most Wanted. Most of the kids had no idea who John Dillinger was. Dillinger remained a cultural reference, if perhaps a vanishing one, when I was a kid. By the time Stuart was born in 1996 I doubt Dillinger was ever mentioned.

I bring Dillinger up because Stuart along with idolizing Darrow also knew the story of Bonnie and Clyde enough to reference their bullet ridden last drive when he was describing another incident.

As with the “angels fear to tread” comment, 16 year old Stuart referring to an event that happened 70 years prior seems somehow unreasonable.

Again, one can make the argument that Stuart is a history buff. He may have run across these references while reading an obscure history book on his own and they stuck with him.

And that’s a good argument. But there have been enough people and situations that have happened in Stuart’s own time let alone the few decades before he was born, that he could use as examples rather than digging out names of nearly a century before.

Interestingly, another book I chose for the chat presented me with the same problem several months before The Wolf Gift. Stephen King’s 11/22/63 features a 35 year old Jake Epping going back in time to save John Kennedy from assassination. It’s an interesting premise since the time portal always brings him to the same date in 1958. Jake must live as a man out of time for five years until the fateful date comes round. If he returns to 2011, when he goes back in time, it’s 1958 again. 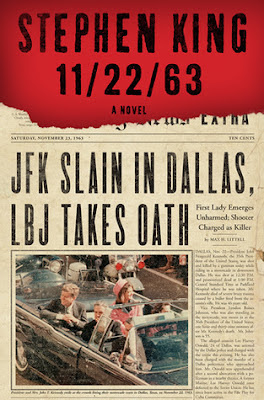 Jake’s age in 2011 means that he was born in 1976. About 13 years after Kennedy was shot. When he came of age, punk rock, New Wave and eventually rap were the big styles of music. He grew up as the personal computer and the technology that followed was taking off. By the time 2011 came around, his was a 24 hour world of digital convenience.

Yet you wouldn’t have known it by reading the account. He seemed to have no problem adjusting to driving the land yachts they called cars back then.

He had no problem with not being able to obtain knowledge with a few clicks of the mouse. He fit right in at the 1958 high school he started teaching at to bide his time while waiting for 11/22/63.This man of the millennium didn’t even seem fazed by racial attitudes of the time, which differed strikingly than those in 2011 (though we seem to be devolving on that point culturally of late).

During one scene in a 1950s grocery store, it wasn’t a song from the 1980s or 90s he was quietly singing while waiting. It was a 1969 Rolling Stones song called “Honky Tonk Women” that, by the time he was of age to be conscious of it, was probably only heard on one of the oldies radio stations that were disappearing as talk radio infected the dial.

While reading the book, I didn’t get the sense of a 35 year old man from 2011 going back in time but rather a 64 year old writer, who grew up during that time, revisiting it.

Of course that’s not to say that this character would not know about the Rolling Stones. Jake might prefer classic rock. He might be someone so uncomfortable in his own time that he’d be fine stepping into this very foreign time.

But for both novels, the stories might have been more enjoyable if, as I read it, I could imagine a 23 or 16 or 35 year old and not a middle aged writer in the tales. 11/22/63 in particular would have been much more interesting if I got the feeling that Jake was truly a modern fish out of water trying to navigate a time he was not designed for. It’s fine to make a character precocious, or clever beyond their years. But age does often factor in how even the extraordinary view their surroundings. If you want to tell me about a 23 year old turning into a were wolf; or a 35 year old traveling through time, then give me characters who say and do things that are age appropriate.