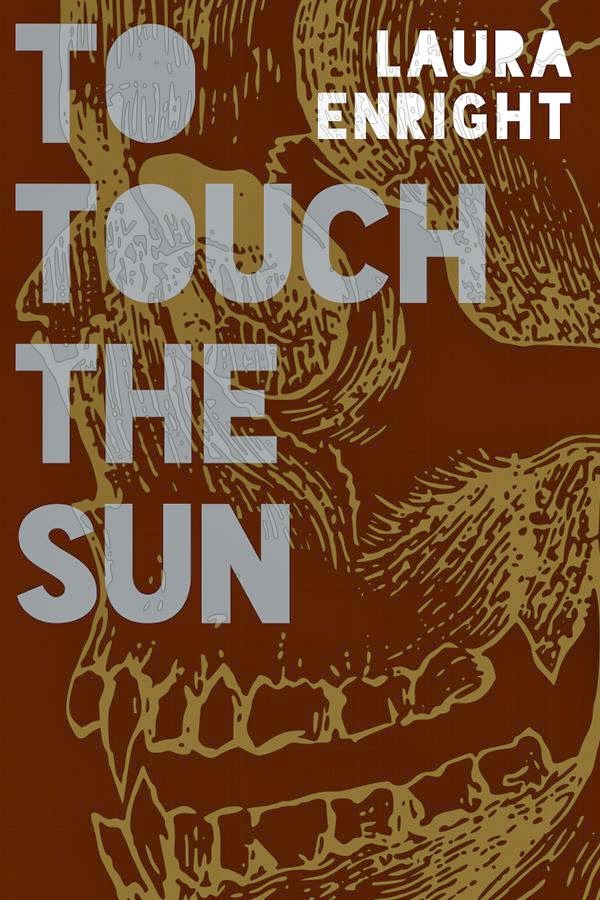 A few weeks ago I had the pleasure of being a guest on The Nick Digilio Show on WGN radio in Chicago to talk about To Touch the Sun. Nick's show is broadcast at 2 a.m. on 720 AM, a station that has a great deal of history in Chicago. Nick's producer was very attentive and cordial and passersby through the "green room" as I waited for my turn at the mic made me feel very welcome as did Nick himself when I went into the booth. I observed this the last time he interviewed me, via phone, when my book Vampires' Most Wanted came out. Any broadcaster is at the mercy of scheduled commercial and news breaks but Nick keeps the interview relaxed and conversational which I really appreciated.

It was particularly appreciated after the trip I had downtown to the Tribune Tower. I had planned to take photos of the imposing building as well as other sights along Michigan Avenue but by the time the taxi got down there, we were lucky to be able to see Michigan Avenue through the snowstorm (though there was something cool about driving along the Kennedy expressway and seeing the shapes of tall buildings trying to emerge from the frosty visibility of a snowstorm).

Maybe it was because I didn't mind snow (and I realize after living here all my life that in March in Chicago you never say "never" when it comes to snow). Maybe it was because I wasn't the one driving in the snow (giving me a new appreciation to how hard a cab driver's job can be). Maybe it was because I'd been up since 7 a.m. the day before and probably wouldn't be getting to bed until 4 a.m. after the radio show. Whatever it was I was able not to fixate on the fact that a snowstorm chose that morning to occur. Instead I was able to appreciate the adventure of it all. The fact that after being up for a few hours shy of 24 I was being driven downtown in a snowstorm at 1 a.m. to be on a radio show so that I could tell people about a novel I'd never expected to write but wound up being so much more that I wrote three more books in the series. A novel for which I'd been hunting for a publisher for years, finding one in an unexpected way when my hope was at its lowest. Even  better, now that the novel is published, it seems to be selling well.

Life can be unusually sweet sometimes. Oh there are times when it can pick you up and toss you around like a rag doll. But there are those moments that can make you float.


I was floating as I entered the vast lobby of the Tribune Tower. And it is vast. The kind of place where footsteps echo dramatically as you walk up to the sign in desk.

You'll have to excuse me for geeking out a bit here. I did after all write a book featuring Chicago history and here I was stepping inside Chicago history. For centuries the Tribune was Chicago's big gun when it came to journalism (oh sure, much of it early on had a bright yellow tint). It billed itself as "The World's Greatest Newspaper" hence the call letters WGN when the radio station came along. It was the radio station that offered a live broadcast of The Scopes Monkey Trial. It was WGN that was instrumental in putting radio in cop cars. In 1929 five squad cars were equipped with one-way transmitters. Prior to 1881 a beat cop calling for back up meant that that beat cop had to run back to the precinct to call for back up. In 1881 the Police Patrol and Signal Service set up booths around the city with telephones hooked up to the stations but that didn't do much for the police cruisers that came about after the proliferation of squad cars. Installed in the five squad cars were one way radios that were able to receive reports broadcast over the Tribune's WGN radio and could roll instantly on the reports. A year later, the department created its own radio broadcasting system and by 1942 two-way radios were installed in all squad cars.

WGN TV was of course home to the news but also to some of the finest children's TV programming like Garfield Goose and Friends, Bozo's Circus and Ray Raynor. Then there was also the Creature Features program which featured scary movies late on a Saturday night. One of the strongest memories I have is hiding behind my older brother Dennis as we lay on the floor in the dark watching the opening to that show.

This is my third foray into live radioland. As I mentioned I was on Nick's show when Vampires' Most Wanted came out. At some point I had turned off the ringer to my phone. I was also up very late into the morning so I slept late into the afternoon. At some point I was awakened by the knocking of my friend who about a half hour from Palatine to tell me that the producer of the Nick D. show had been trying to get a hold of me. The producer had tried calling me and got no answer, so he tried the library and they contacted my friend. They needed someone for the show that night and wanted to interview me. Thank goodness for good friends, huh?

Years before, when Chicago's Most Wanted came out I was a guest on The Mike North Show on, I believe it was The Score radio station. It was at 7 a.m., so I drove down at 5 a.m. to the down to the NBC towers. It was a fairly easy drive at that hour. Mike was pleasant and enthusiastic about the book and I enjoyed myself. It was when I tried to get my car out of the parking garage that I ran into a problem. You needed to get some sort of voucher from some sort of machine but since the building was connected to a nearby hotel, I found myself going to the wrong machine to get the wrong voucher. The bottom line is what should have taken 10 minutes ended up taking 45 minutes just to get out of the parking garage. By that time, downtown Chicago was ripe with pedestrians and cars alike, none of which were that keen on letting me pass.

So I suppose a snowstorm on the morning I was to be on a radio show to promote my latest book was in keeping with my radio appearance and inconveniences. Still, it could have been much worse.

When I walked into the lobby and signed in the night guard teased me about the topic of my novel. You could tell he wasn't a big fan of the genre when he said the only vampire movie he liked was the one with Roddy McDowell...and Tom Cruise. Unless he was actually a fan of two movies, he was getting the one he was referring to (I believe it was Fright Night) wildly wrong.


Nick's producer Dan brought me upstairs, then down marble hallway (I'm telling you...history) and into a "green room" that was admittedly kind of casual after you've walked through an ornate lobby the size of a baseball diamond in a building built in the 1920s. But it was comfy. It also had some great old radio memorabilia.

I'll admit I was never a huge WGN radio listener in the past. When I was younger, I was more a Top 40 station listener until talk radio host Steve Dahl burst onto the scene (later to be partnered with Garry Meier) and shook up local talk radio.


Even still, I got a little goose bumpy seeing the WGN Radio painted on the door as well as seeing the glass case of old radio equipment. WGN radio grew up with radio as a whole. Other stations have come and gone but 'GN stood the test of time drawing to it personalities who could connect with local listeners unlike anyone else could. And now it seems it's drawing new personalities, like Nick Digilio, that I myself find more listenable then others who came before.

The interview went well. Nick is a very engaging host and I never felt rushed even though I know how tight these programs can be planned out sometimes. The studio itself was dark with a huge table and microphones in the middle that spanned out like spider legs. Nick was in the middle of it all, his attention divided between me and the computer screens in front of him which alerted him to the next break. It was fascinating to watch.

When it was over, his producer Dan walked me down to the lobby where the guard teased me some more. Then Dan and I wandered around the falling snow on Michigan Ave. until a taxi stopped and picked me up. There was a bit of nostalgia as we passed by the Hotel Intercontinental where my friends and I spent many a weekend at Creation Science Fiction Cons wandering the hotel slightly drunk and flirting with sailors on leave from Great Lakes Naval Base. This was back in the 80s. I think the hotel has classed itself up a bit since then.

Driving on the Kennedy even in perfect weather can at times be an adventure. Driving on it at 3 a.m. in the midst of a blinding snowstorm as semi's sped past you, snow flying off the roofs of the trucks giving already overworked window wipers more to contend with is it's own unique experience. I had to give the cabbie credit (well I gave him credit and a generous tip). Midway through the trip he must have been regretting allowing me access to his cab but like a trooper he soldiered on and got me home safely (the poor guy would have to brave the Kennedy again for the return trip downtown).

All in all it was a unique experience. Best of all, I got a great interview out of it. Click on the link and have a listen.

Now on to the next adventure.
Posted by Laura L. Enright at 7:36 PM No comments: 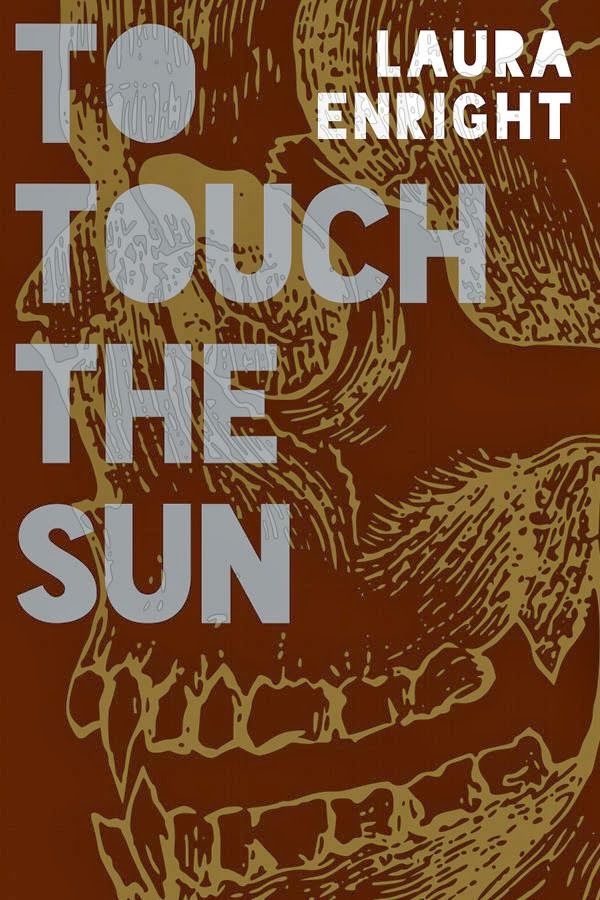 Things have been exciting since To Touch the Sun was published. The marketing machine is in full swing. I'll be a guest on the Nick Digilio show on WGN radio at 2 a.m. March 12. Nick was nice enough to interview me when my book Vampires' Most Wanted was published and I had a lot of fun. I'm looking forward to this. And I'll be live in the studio. Should be interesting to head to downtown Chicago at 1 a.m. The Tribune Tower has a great gothic-look to it. This design was the one chosen by the Chicago Tribune after a design contest held in 1922. Completed in 1925, it's 36 floors, 462 feet high and at night, you might even see some bats flying around the top of it. Maybe even a few vampires. 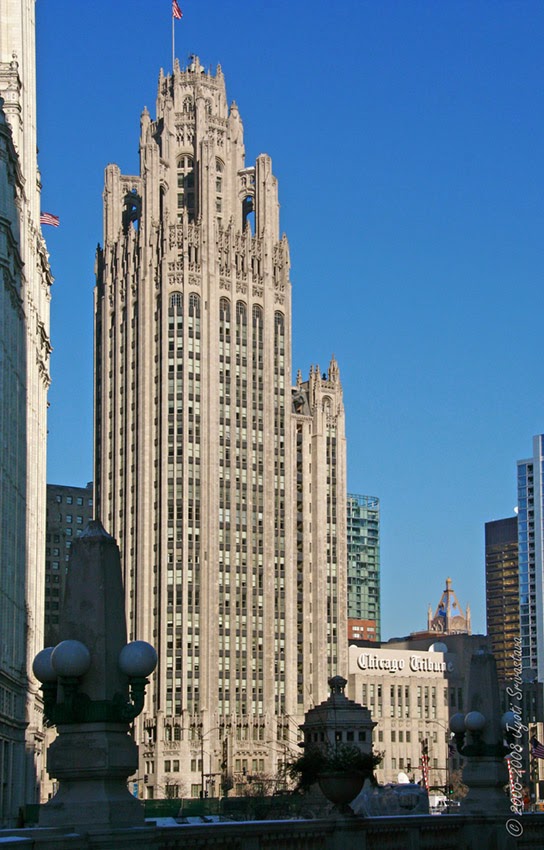 Posted by Laura L. Enright at 6:10 PM No comments: